1 John 5: Faith is the Victory 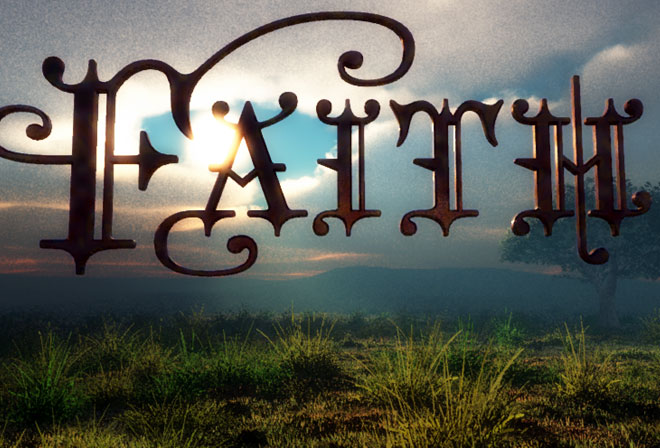 If faith is believing in what you cannot see, then a person without faith is limited only to what they can sense in some way.  A no-faith life is really a life of the here and now.  How can there be hope for something else, something better, some amazing renewal?  Imagine if this is all there is to life?  There are many great blessings to this life right now, but there are just as many set-back and heartbreaks.

Faith is what moves us beyond the worldly limitations, disappointments and darkness.  Faith is what allows us to believe that there once was a better world and there will once again be something better.  Faith allows us to rise above the boundaries of our own present realities.

And, of course, it is all possible because of Jesus.

What stood out to you in this last chapter of 1 John? 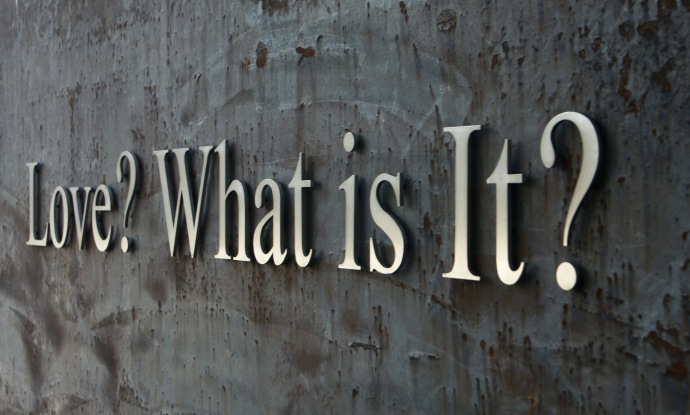 Love.  Everyone seeks it in some way or another.  Everyone has an idea of what it is, but we also realize it is more complicated than the platitudes we usually use.  We reduce love down to the emotions of romance or we so elevate and spiritualize the concept of love that only the superheroes of faith like Mother Teresa or Corrie ten Boom are capable of true love.

What is love?  There are several chapters in the New Testament where the focus is intently on love.  First Corinthians 13 is the most famous of these, but 1 John 4 needs to be on the short list.  The words “love,” “loves,” “loved,” or “beloved” are used 30 times in today’s twenty-one verse chapter.  What can we learn about real love from John?

Which of these meant the most to you?  What else did you learn about love today?

1 John 3: Be the Children You Already Are 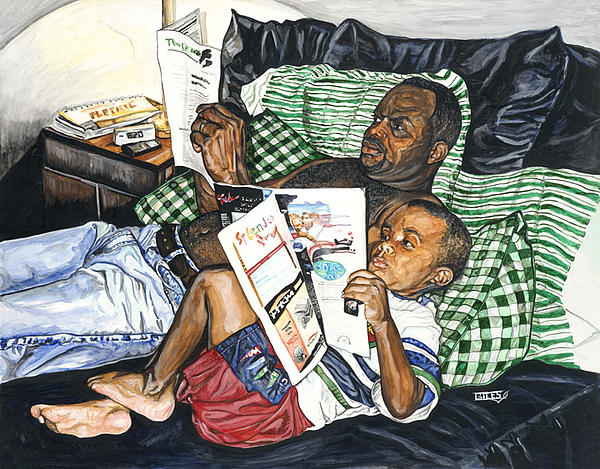 When I was a young teenager I use to groan with embarrassment at my father’s corny, dry jokes.  Now I have the same sense of humor.  I used to role my eyes when my father would try to kid around with little kids at church.  Now I do the same.  I open my mouth now when I talk to my sons and I hear my father speaking.  I get that same poof in my hair when it gets long, and I wait too long to get a haircut, just like he did when I was young.

Genetics win out.  I am my father’s son.

So, too, the recipients of John’s letter.  They too are children of their Father:

Look at the remarkable love the father has given us — that we should be called God’s children!  That indeed is what you are. (3:1)

But just like I wasn’t very similar to my father at thirteen — in fact I wanted to be totally different — these Christians may, in fact, be God’s children but they are still struggling to mature into that identity:

Beloved ones, we are now, already, God’s children; it hasn’t yet been revealed what we are going to be.  We know that when he is revealed we shall be like him, because we shall see him as he is. (3:2)

With God there are some things that are already true, but they are not yet fully true.  Some spiritual realities take time to come into being.  Some take a total recreation that will only come at the great New Creation.  But this we can rest assured in: genetics win out.  Those who are truly fathered by God, those who are truly God’s children, they will become like the father:

Now, is the time for John’s recipients (and for us) to truly be the children of God we already are.  Make it a reality.  Put it into action.  The ultimate spiritual change will happen through spiritual power alone.  However, spirituality is not just an ethereal concept for the spiritual mind; it is intended to be lived out bodily in the flesh.

What did you notice anew in this chapter?

Knowledge is a bit intoxicating.  It is a powerful elixir that quickly convinces us we have it together much more than we really do.  Those drunk of the power of the mind are every bit as dangerous as those drunk on booze.

Knowledge was especially important to the early Gnostics that had been influencing the churches John was addressing.  As was pointed out yesterday, the name “Gnostic” comes from the Greek word for “knowledge.”  This would appear to be your typical head-knowledge, the kind that satisfies if one simply knows the facts.  A good Gnostic “knew” the truth about reality: physical flesh is evil, and true enlightenment comes by developing a spirit that is impervious to the effects of physical sin.  The most “knowledgeable” one can wallow around in sin and come out unscathed.

However, John has a very different view:

The kind of truth that John thinks is important is not simply head-knowledge.  It is not enough to know facts and believe things to be true or not true.  For John, truth is a lived reality.  Knowledge is first and foremost lived out in the nitty-gritty of life.  One shows their enlightenment by how they live, not how they think.  One can claim to have spiritual enlightenment, but if actions do not exist that support that claim, one is still living in immense spiritual darkness.  In particular, the selfless love of Christian community is the greatest testament to true enlightenment.  Honoring God with a life that keeps his righteous decrees for life shows true knowledge.  Knowledge teaches one to stay in the light with Jesus, not roll around in the darkness in sin.

When have you seen Christians today confused on what knowledge truly is?

1 John is the The New England Primer for all first-year Greek students.  I knew I was hitting the big time when I graduated from my 50 flashcards of basic Greek vocabulary to the actual text of 1 John in my Greek New Testament.  As one can tell from today’s reading, this is possible because John uses a very limited vocabulary in his letters.  There may be a lot of reasons for this.  Maybe Greek was a second language to John who had been raised in the Galilee region of Palestine and likely spoke Aramaic natively.  Maybe John was not well-educated, however he shows great ability to think deeply about theology.  Or maybe John just wants to drive his point home with a beautiful simplicity.  Keep it simple and people will never mistake you.

Many of the words that John hangs his message on are emphasized in this very first chapter:

Add “love” from chapter two and “spirit” and “world” and you have a wide door into John’s thought.  Let’s pay attention to how John uses these words and what meaning they have for the aged disciple as we read John’s letters.  I’ll bet we see them next month in John’s gospel too.

This passage has a nice confluence of most of these words:

This is the message which we have heard from him, and announce to you: God is light, and there is no darkness at all in him.  If we say that we have fellowship with him and walk in the dark, we are telling lies, and not doing what is true.  But if we walk in the light, just as he is in the light, we have fellowship with one another, and the blood of Jesus his son makes us pure and clean from all sin.  If we say that we have no sin, we deceive ourselves and the truth is not in us.  If we confess our sins, he is faithful and just, and will forgive us our sins, and cleanse us from all unrighteousness.  If we say that we have not sinned, we make him out to be a liar, and his word is not in us. (1:5-10)

What caught your eye in this short chapter?

BONUS: An Introduction to John’s Letters

Though never identified in the letters, the author of the Johannine letters is almost certainly the apostle John, the son of Zebedee, and author of the Gospel of John.  Based on writing style, there is good reason to think the writer of Revelation is a different John.  The John who wrote 1, 2, and 3 John was one of the inner circle of apostles and “the disciple whom Jesus loved” (John 13:23).  Though he started his adult life a fisherman, he ends it as one of the pillars of the new, growing Christian church, a highly respected leader in the Ephesus area in particular.

“The Apostle John” by Rembrandt

The Johannine letters are likely some of the latest parts of the New Testament.  Some date John’s letters to the late 80s.  If this is correct, the first generation of those who had actually seen Jesus were dying and John was pure royalty.  Given that no specific recipients are mentioned in 1 John, the first epistle was likely a circular letter distributed among a diverse group of Christians, especially in Asia Minor around Ephesus.  Given the general nature of the teachings of the letter, that makes perfect sense.  Second and Third John are equally as general and universal.

Most scholars situate the Johannine letters in the context of Gnosticism.  This false version of Christianity really blossomed in the second century AD but it was likely an early version John was addressing.  Gnosticism taught that the physical was evil and the spiritual was good.  The fleshly body was wasting away and either an impediment to holiness or a temporary object of no consequence to be used and abused because only the soul really mattered.  Gnosticism derives its name from the Greek word “gnosis” which means “knowledge,” because the truly spiritually enlightened ones have a special knowledge that sets them apart from their more earthbound peers.  With these beliefs, a good Gnostic could not believe Jesus was fully human and flesh.  One version of Gnosticism called “doceticism” taught that Jesus only seemed to be flesh and another version called “Cerinthianism” taught that the man named Jesus gained his spiritual nature at baptism and lost it before he died.  We will hear John attacking this sort of thinking in his letters, 1 John especially.  As the flesh was evil, one was supposed to either deny his fleshly desires through asceticism (seen earlier in Colossians) or indulge the flesh in licentiousness.  This latter version seems to be the one John addresses.

John wrote 1 John to expose false teaching and counter any wrong thinking about Jesus that had cropped up.  As one of the last eyewitnesses of Jesus, John could testify that Jesus was indeed flesh.  John also believed that the libertine worldliness of pre-Gnostic Christianity was eroding the true Christian witness.  In 2 and 3 John, John encourages faithful Christians to extend hospitality to evangelists he would have sent out even if powerful, possibly-Gnostic leaders in his church opposed him.