There is no mistaking Luke in this chapter.  Jesus was innocent.  He did nothing wrong.

“I [Pilate] examined him in your presence and I found no evidence in him of the charges you’re bringing against him.  Nor did Herod.” (23:14-15a)

“We’re [the criminals crucified with Jesus] getting exactly what we asked for.  But this fellow hasn’t done anything out of order.” (23:41)

Remember Luke is writing to the Gentile world where it might have been easy to write Jesus off as another rabble-rouser who got himself killed.  Maybe some said Jesus just got what was coming to him.  Luke makes it clear: he was an innocent man.  Pilate thought so.  Herod said as much.  Soldiers and bystanders saw it.  One of the criminals crucified beside him realized it.  Even one of the Jewish rulers, Joseph of Arimathea, wouldn’t go along with the court’s decision (23:51).  This was unjust, plain and simple.

And yet, Jesus was killed.  Pilate caved to the pressure of the crowd.  The conniving, power-hording Jewish leaders got their way.  Herod sat by and watched his people nail an innocent man to a cross like it was just another sideshow in the circus that was his kingdom.  Wright phrases the tragic reality of the situation well:

But they [the Jewish rulers and people] went on shouting at the top of their voices, demanding that he be crucified; and eventually their shouts won the day. (23:23)

Some days those who can shout the loudest win.  Some days wicked things are done.  Some days innocent bystanders are 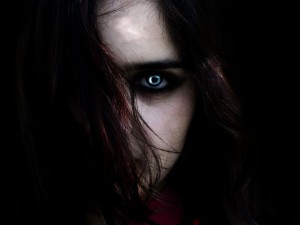 struck by gangbangers’ bullets.  Some days desperate meth heads break into houses and hurt the homeowners if they stand in the way.  Some days drug cartels take over whole parts of countries making them unsafe for virtuous people.  Some days angry citizens bomb their own federal buildings.  Some days terrorists fly planes into crowded office buildings.  Some days high school graduates are carted halfway across the globe to fight wars generals are not sure can be won.  Some days delusional loners cut down good people while they watch movies or shop in malls.  Some times evil wins the day. . . .

What injustice or act of evil do you lament today?