Acts 17: Turning the World Upside Down 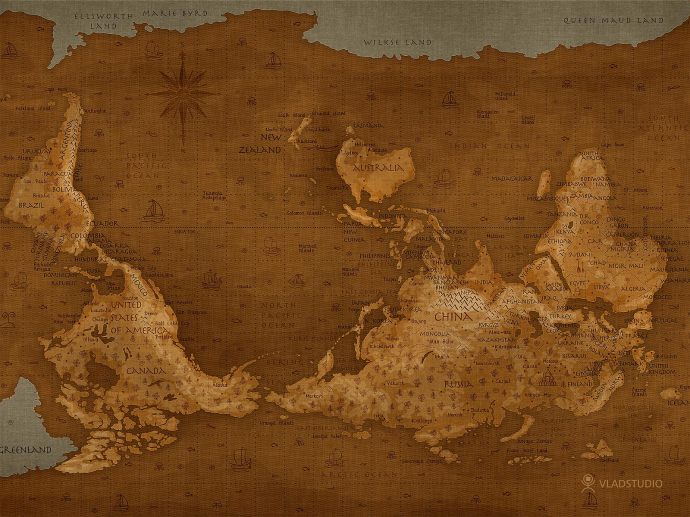 These are the people who are turning the world upside down! (17:6)

What an incredible thing to have people say about you, especially as Christians, especially knowing that upside down is really right side up!  What do such people talk about along their revolutionary way?

The kingship of Jesus was foundational to the message of the gospel from its beginning.  If you want to shake up a society, preach that Jesus is King.

This was Philippi, the main city in a highly patriotic Greco-Roman colony.  Many of the residents in Macedonia were former members of the military.  The city Philippi and the region Macedonia were named after Philip of Macedon, the father of Greek conqueror Alexander the Great.  There is only one king in this city: Caesar.  He is Lord and King, and to suggest otherwise is seditious.

Later in this chapter we see the same thing happening in Athens.  Paul walks into this thoroughly, conscientiously idolatrous city and says to the Athenians: your religiosity is “ignorance” (17:23).  There is an invisible God over all of these idols, from whom all life comes.  This God had even conquered death through a man named Jesus (17:31).  The intelligentsia of Athens heard this message and called it “ridiculous” (17:32).

I am not sure we have perfect equivalents to this.  Maybe it is like walking into the Republican Convention with a “Jesus for President” sign.  Better yet, it is like Rowan Williams, the Archbishop of Canterbury, on the day of Prince William’s coronation turning crown in hand to the front altar of Westminster Abbey and saying Jesus is the only real king.  It is telling Bill Gates that Jesus is the real CEO of this company.  It is telling Stephen Hawking, because of our King Jesus whom he rejects, we understand truth better than he.  It is telling the licentious celebrity culture of Hollywood and the materialistic advertisers of Madison Avenue that we can find greater fulfillment in a man named Jesus.  Seditious, ridiculous.

Actually, much more personally, it is like saying to our own hearts “there is another king, Jesus.  You won’t get your own way.  Your agendas and orders are not the final word here.  There is a better answer than following your own desires.  You are not the center of the universe.

What stood out to you in this chapter?

10 thoughts on “Acts 17: Turning the World Upside Down”